U.S. conservation groups have rallied to protect other at-risk areas 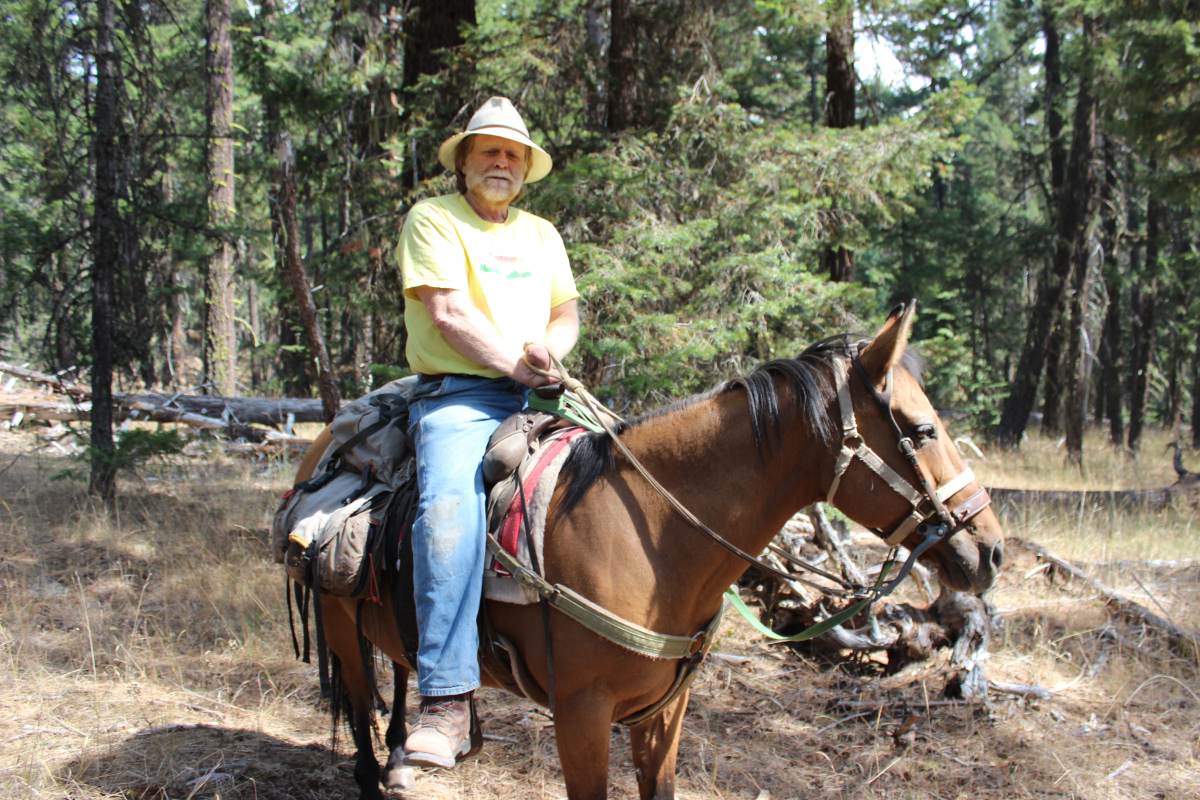 OREGON - One year after U.S. President Donald Trump declared the biggest rollback of public land protection in the country's history, conservation groups have rallied to protect other at-risk places.

In December 2017, Trump announced that Utah's Bears Ears and Grand Staircase-Escalante national monuments would be shrunk by 2 million acres (809,000 hectares), from a combined 3.2 million acres, to expand hunting and grazing.

The Department of the Interior (DOI) then recommended cutting by an unspecified amount another four protected sites, including Cascade-Siskiyou National Monument, a biodiversity reserve on the Oregon-California border.

That followed a seven-month DOI review of 27 monuments that had been established or expanded since 1996. The review was part of a broader push by the Trump administration to reopen areas to drilling, mining and other development.

Unlike national parks, which require an act of Congress, national monuments can be designated unilaterally by presidents under the century-old Antiquities Act, a law meant to protect sacred sites, artifacts and historical objects.

Public land advocates have challenged the administration in federal court over the legality of removing protection from sites that had been designated under the act.

Monuments for All, which defends national monuments but is not involved in the court case, said that more than 500,000 comments were submitted in support of the Utah monuments during a public comment period that closed in November 2018.

Terry Dickey, chairman of the Friends of the Cascade-Siskiyou National Monument, which supports the court case, said "an attack on one monument is an attack on all monuments".

"Because it's the same national law that governs those monuments as well as our one small monument," Dickey told the Thomson Reuters Foundation.

Trump's targeting of the protected areas came as he sought to reverse a slew of environmental protections ushered in by former President Barack Obama under the Antiquities Act.

The case against the administration is being heard in Washington, D.C. after an unsuccessful attempt to move proceedings to Utah. In November, five Native American tribes filed briefs on behalf of Bears Ears, which they deem sacred.

The cuts to the two Utah monuments have gone into effect, although in September the judge in the federal case ruled the government must inform the plaintiffs of any mining applications submitted for land inside the original larger boundaries.

Cuts to the other four, including the Cascade-Siskiyou National Monument, are pending.

In January 2017 - days before he left office - then-President Obama expanded the Cascade-Siskiyou National Monument by about 48,000 acres.

Obama's proclamation was welcome news to Dave Willis, who leads the Soda Mountain Wilderness Council, a conservation group that lobbied in the 1980s for tens of thousands of acres to be set aside as wilderness in what became the national monument.

"The monument was established first in 2000 because of its importance as an ecological crossroads and its incredible biodiversity," he told the Thomson Reuters Foundation.

In 2015, 85 scientists endorsed a report for the monument's expansion to include more high-elevation terrain and a broader range of habitat for species like newts and owls.

"The monument (was) in jeopardy in its original size because of logging and other development around the original monument," Willis said, adding that its biodiversity had been under threat prior to its 2017 expansion.

Other sections were crisscrossed by forest roads and pockmarked with stumps in areas already harvested for timber. Those tracts, he said, could be restored.

A DOI spokesman declined to comment on whether the proposed cuts would threaten biodiversity and pointed to a December 2017 report recommending that the monument be reduced. 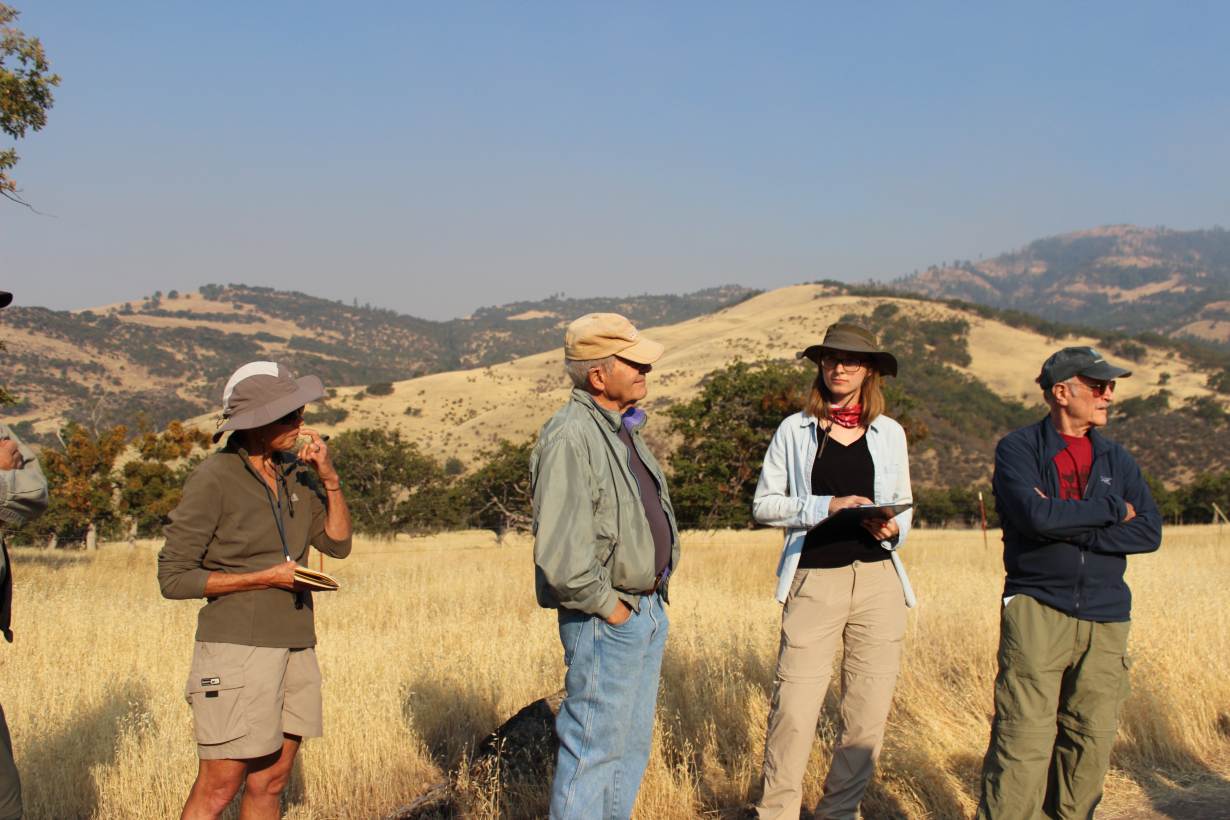 Residents of southern Oregon listen to a field lecture by a local geologist organized by the Friends of the Cascade-Siskiyou National Monument, USA. Photo taken September 8, 2018. Thomson Reuters Foundation/Gregory Scruggs

The expanded Cascade-Siskiyou National Monument is popular in southern Oregon, prompting local officials and business leaders to rally for its preservation.

Visitors base themselves out of the nearby valley towns of Ashland and Talent to hike its trails, including a section of the Pacific Crest Trail.

During the DOI's monument review, mayors of both towns submitted letters urging it to maintain the expanded boundaries, as did Oregon politicians and legislators, local tribes and chambers of commerce.

"Oregonians value the Cascade-Siskiyou National Monument," Willis said, citing a review that showed more than 99 percent of 1.3 million respondents who submitted comments to the DOI had called for national monument boundaries to be left untouched.

"Across the country, Americans value their national monuments as national treasures," said Willis.

However, some have welcomed the review: the American Forest Resource Council (AFRC), a timber lobby group, has a case in court seeking to stop Obama's Cascade-Siskiyou monument expansion, because it includes land designated by a 1937 federal law for "permanent forest production".

AFRC president Travis Joseph said industry did not believe a presidential proclamation could supersede an act of Congress.

"Who gets to make the law for public lands? Congress, as envisioned by the constitution, or the president, without congressional approval or judicial review?" Joseph told the Thomson Reuters Foundation.

"In our mind, it's critical that Congress and the public have a say over their public lands."

The consequence of the Trump administration's decisions is that the United States lags its neighbours on the rate at which it conserves land, according to a report by the Center for American Progress, a left-leaning think-tank.

"This administration is taking us backward when it comes to preserving our nation's wildlife and natural places," said Ryan Richards, a policy analyst at the center, adding that the United States was previously a pioneer in conservation.

Willis lamented the trend, and said history had proven the popularity of public land conservation.

"But the next generation and the generation after that liked the monuments so much that they got Congress to protect them as parks. It becomes the basis for the new economy."

This email address is being protected from spambots. You need JavaScript enabled to view it.

Willow-Witt Ranch is dedicated to the conservation and restoration of a unique ecosystem in the Southern Cascades, and the headwaters, wetlands, and forests that arise there. We provide education on the values of ecology and of the complex web of food and environment by operating a small certified organic farm and Farm Stay accommodations for a unique agritourism experience.